“My judgment is that the strong probability at this point favors the New Testament plan, to be considered later, as better even for immediate financial results than the tithing plan.” 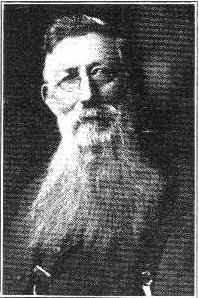 Grime provided ten reasons Christians are not required to tithe.

“1. It violates the divine plan laid down in the New Testament Scriptures.

2. It violates every principle of church polity upon which all our churches stand.

3. If the Scriptures require our churches to tithe, we have not a single scriptural church in our association.

4. It changes our giving from the realm of voluntary worship to that of slavish obedience to law.

5. It makes our churches tax gatherers.

6. No Baptist Church has ever adopted it. Should a church adopt it, they would cease to be Baptist.

7. So far as history goes, it was never mentioned as a Christian or church obligation until after the ‘great apostasy’ in 250 A. D., and the union of Church and State in 325 A. D., and then only by the apostate church, and not by Baptists. The agitation among Baptists, of this question, is of recent date.

8. No Baptist Confession of Faith has ever mentioned it.

9. It screens the rich, and oppresses the poor.

10. Not one syllable in all the Bible that connects the tithe system with the churches of Jesus Christ. When Baptists leave the Bible, they get into trouble.”

“With respect to the tithe which God enjoined upon the Jews in the Old Testament, Lev. 27,30, we must remember, on the one hand, that also this provision belonged to the Ceremonial Law, which has been abolished by Christ, Col. 2, 16.17, so that it is no longer binding upon Christians in the New Testament; on the other hand, however, the abolition of the law of tithing must not be abused by Christians in the interest of neglecting liberal giving, since also in the New Testament God exhorts His saints to give continually and liberally, 2 Cor. 9,6.7.”