Leon Morris will be missed 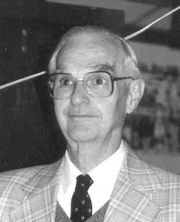 I'm speechless ... Leon Morris' John commentary was the first book that got me excited about New Testament studies ... praise God for this man's life and work. See here. His obituary is here. Some sermons by Leon Morris here.

An Argument for Altar Calls: Part 7

Acts 16:9 “A vision appeared to Paul in the night: a man of Macedonia was standing and appealing to him, and saying, ‘Come over to Macedonia and help us.’”

In Acts 16:9, parakaleo has been translated as “beseeching” (ASV, RSV), “requesting” (BBE), “urging” (ESV, NET, NJB), “prayed” (KJV), “appealing” (NASU), “begging” (NIV), “pleaded/ing” (NKJV, NRSV, NLT), and “calling upon” (YLT). The majority of translators used the sense of “to ask for something earnestly and with propriety” (Louw and Nida, 33.168). The Macedonian man was surely “inviting” Paul to come, but we know that because of the verb diabaino, to step or come across. That is the word that indicates an invitation, not parakaleo.

Matt 8:5 “And when Jesus entered Capernaum, a centurion came to Him, imploring Him”

In Matthew 8:5, parakaleo is translated as “beseeching” (ASV, KJV, RSV), “request” (BBE), “appealing” (ESV, NRSV), “imploring” (NASU), “asking” (NET, NIV), “pleaded/ing” (NJB, NKJV, NLT), and “calling upon” (YLT). Again, the sense of parakaleo here is the same as that in Acts 16:9. Note that the NET and NIV translation of “asking” is probably inadequate, since this word means more of an urgent type of asking.

But it is in Matthew 8:6 when we read, “and saying, ‘Lord, my servant is lying paralyzed at home, fearfully tormented,’” that and implied invitation is given. Jesus tells the man in the next verse that he will go to his house. However, parakaleo functions here as it normally does: an urgent appeal, not an invitation.

Acts 28:14 “There we found some brethren, and were invited to stay with them for seven days; and thus we came to Rome.”

Silva has stated that words should be translated in a way that provides the less dramatic impact on the meaning/interpretation of a passage. That’s helpful to remember in translation and when looking at parakaleo in Acts 28:14. While parakaleo in this verse has been translated as “invited” in the vast majority of major translations (ESV, NASU, NET, NIV, NKJV, NLT, NRSV, RSV), the minority have translated it with its usual meaning: “entreated” (ASV), “desired” (KJV), “great encouragement” (NJB), and “called upon” (YLT). Looking up “invite” in Merriam-Webster’s Collegiate Dictionary, it yields this definition: “to offer an incentive or inducement to … to increase the likelihood of … to request the presence of participation … to request formally … to urge politely.” Notice that last definition: “to urge politely.” That is exactly what the majority of instances of parakaleo refer to … to urge. When inserting "urged” into Acts 28:14, we see that this normally understanding of parakaleo fits well … the aspect of an “invitation” is only borrowed from the following word, epimeno (“to stay”). Therefore, again, parakaleo does not refer to an invitation.

Therefore, this survey of texts reveals that parakaleo does not refer to an invitation. To suggest that altar calls are biblical because of the use of this word is inappropriate. This is not to say anything about altar calls in general … just this argument for them.
Posted by David A. Croteau at 9:55 PM No comments:

An Argument for Altar Calls: Part 6

In Acts 8:31, parakaleo is translated various ways: “invited” (CEV, ESV, ISV, NASU, NET, NIV, NRSV, TEV), “earnestly requested” (AMP), “besought” (ASV), “made” (BBE), “urged” (NJB, NLT), “asked” (NKJV), “desired” (GNV, KJV), and “called” (YLT). As you can see, “invited” is the most popular translation. So, does parakaleo refer to an “invitation” in Acts 8:31. No. The verb here still means to “urge” (NJB, NLT) or “ask,” (NKJV) but since the request (AMP) being made is to “come up and sit,” the request is for an invitation. In other words, parakaleo still refers to a request, but it this context the request happens to be for someone (Philip) to “come up and sit.” Thus, parakaleo still refers to a request/urge/asking, not, strictly speaking, to an invitation.
Posted by David A. Croteau at 8:22 AM No comments: 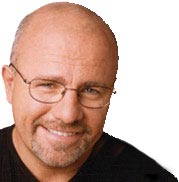 I'll get back to the altar call discussion soon. However, I was finally able to pinpoint exactly what bugs me so much about Dave Ramsey's financial philosophy. He said this morning on his radio show (a paraphrase) that we should live differently than everyone else now, so that later we can live differently than everyone else. What he meant by that was that if we live frugally now, then we won't have to live frugally when we are older. That, right there, is one of the big problems with his financial advice.

We ARE supposed to try to live frugally. Ramsey encourages people to earn as much as they can and save as much as they can. John Wesley did the same in a sermon called: On the Use of Money. However, Wesley scolded the Methodists of his day the same way he would scold Ramsey-ites. Wesley said that while Methodists were good at earning, and good at saving, they missed the whole point of the earning and saving. Scripture wants us to do those things with a particular goal in mind ... as Wesley put it ... to "GIVE ALL YOU CAN."