The Rediscovery of the Tithe-Thomas Kane 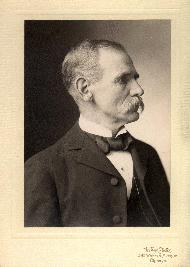 Several early tithing advocates stand out as precursors to the immense amount of literature published on tithing (and stewardship) in the twentieth century. Many credit Thomas Kane (1876), a Chicago businessman and Presbyterian layman, with the rediscovery of the tithe. The fact that a tithing advocate (i.e. Salstrand) mentions a “rediscovery” of tithing indicates that tithing must not have been very widespread or popular in America in the nineteenth century. And in fact, advocacy for tithing was almost non-existent prior to 1865. Kane wrote a pamphlet in 1876 and sent it out to seventy-five percent of the evangelical pastors in the United States free of charge. For years he distributed his many pamphlets free, which caused them to spread throughout the evangelical churches in America. They proved to be very successful in increasing the giving in churches. The evangelization of the world was the impetus that Kane credited for the distribution of tithing literature. Kane argued that tithing was a universal law and not primarily Jewish nor Mosaic. He concluded: “The twin laws that the seventh of our time and the tenth of our income shall be devoted in a special sense to God’s service have never been repealed or abrogated, although until recent years the law of the tithe was almost universally disobeyed; indeed, comparatively few had any distinct knowledge of its existence.” However, even though widely credited with beginning the tithing renewal, two books were written before Kane’s distribution of literature began.

When discussing tithing, one really must discuss B.K. and A.K.: Before Kane and After Kane. While he wasn’t really the first to come to his conclusions, he was the most successful and his organization continues to this day. See http://www.tithingfoundation.org/.

E. B. Stewart, The Tithe, with an introduction by Laymen [Thomas Kane] (Chicago: Winona Publishing, 1903).

A Layman [Thomas Kane], Tithing and Its Results (Chicago: The Layman Company, 1915). This book contains thirteen pamphlets that Kane distributed on tithing, including the 1876 pamphlet: Pamphlet No. 1 – “What We Owe and Why We Owe It.”
Posted by David A. Croteau at 9:43 AM

Thanks for posting this information on Thomas Kane.Years ago I read a fairly interesting write-up on him in a book at a college library. If I remember correctly, the book said that Kane had sent a letter to a majority of pastors across America, asking what they knew about tithing. At that time, very few, if any, had a concept of tithing as a practice for the church. Do you know if this is accurate? I would appreciate more detail regarding him, if possible. I would also like to learn as much as possible regarding tithing BK (before Kane), if you have access to such information.

Actually, if you get the book mentioned above, The Story of Stewardship by Salstrand (pgs 41-46), that contains a fairly decent account of what you're looking for. And yes, that story about Kane is in a few different sources. He also sent resources to all the major evangelical seminaries. Also, Luther Powell's book (mentioned above) discusses Kane's role a bit.

BK in America was fairly sparse. Two main guys in the 1870s advocated tithing and two groups: Seventh Day Adventists and Salvation Army (I'm going off of memory ... but I'm fairly confident about the Salvation Army). Before those groups, one or two people here and there advocated tithing, but it was few and far between. "Stewardship contests" were held and I read a book of the four winners (this is somewhere in the 1850s) and all four repudiated tithing. Baptists in particular (of which I am one) particularly were against tithing until after Kane. The Baptist Faith and Message is traced back to the New Hampshire Confession of Faith drafted by J. Newton Brown in the early 1800s. Brown edited a dictionary that included an article saying that tithing no longer applied.

So, once the church and state were separated, tithing ceased to be required for the most part. It was after Kane that tithing came into its own.