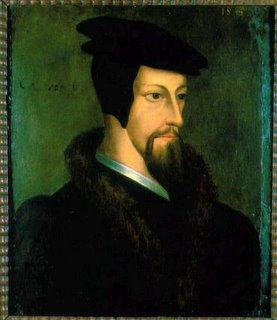 However, after giving the reason God complained about being defrauded of the tithes in Malachi 3, Calvin said: “But we know that other sacrifices are now prescribed to us; and after prayer and praises, he bids us to relieve the poor and needy. God then, no doubt, is deprived by us of his right, when we are unkind to the poor, and refuse them aid in their necessity.”[1] So, according to Calvin, God is robbed by Christians not when they fail to tithe, but when they fail to give aid to the poor and needy. The lack of mention of “tithes” in this paragraph is striking. One final quote:

“But how would the Pope have allowed them [i.e., tithe-free lands] to be held by laymen, if, by divine right, (as they stupidly prate,) they had been the sacred inheritance of the clergy? In conclusion, inasmuch as tithes are to be counted against public imposts and tributes, let not private individuals refuse to pay them, unless they wish to destroy the political state and government of kingdoms; but let pious princes take care to correct abuses, so the idle bellies may not devour public revenues which are devoted to the Church.”[2]

Further research:
For comments by Calvin that appear to allude to tithing being obligatory, see John Calvin, Commentaries on the Four Last Books of Moses Arranged in the Form of a Harmony, 4 vols., trans. Charles William Bingham (Grand Rapids: Baker, 1999), 2:279.