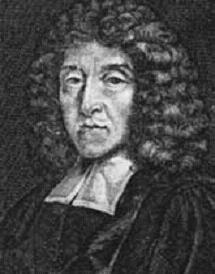 Francis Turretin (aka François Turrettini) (1623–1687), pastor at the church in Geneva and professor of theology, declared that Christians are not bound by certain Old Testament laws, such as tithing and firstfruits. He emphasized the voluntariness in the method chosen for supporting the pastor.

Under the topic on ministerial support, Turretin provided many reasons that ministers should receive monetary support, including biblical texts such as 1 Cor 9:4–19, Matt 10:10 (cf. Luke 10:7), and “From the salaries of the priests of the Old Testament” (he gives many other reasons). Under this third argument, he said: “From the salaries of the sacred ministers under the Old Testament (Num. 18:8–12), to whom were given ordinarily sacrifices, tithes, firstfruits, and other similar things, besides certain cities and suburban fields (Num. 35:1–8). Now although in the New Testament, we are not bound by those laws as to the special material from which and the manner in which the pay was given, still they remain as to kind and analogy, as is evident from the passage already quoted (1 Cor. 9:13).”

Furthermore, he clarified that the wages of a pastor can be paid in many different ways. They can be paid through voluntary offerings (“as was done by the first Christians in the time of the apostles and for some ages after”). They can be based upon a mutually agreed upon contract, paid by the Christian magistrate, paid from the tithes, or other methods. He concludes: “Now in whichever of these ways it is procured, it makes little or no difference at all as to the thing itself, provided a sufficient salary is given to the ministers of the gospel.”