(1) Argument from Genesis 4: The reason God accepted Abel’s offering was because it was a tithe. Therefore, Cain’s offering was rejected because his was not a tithe. This is based upon the Septuagint (a translation of the Old Testament into Greek) and Hebrews 11:4.

(2) Historical Argument: Tithing is a well-tested, ancient form of giving that has been validated (both theologically and practically) throughout church history.

(3) Pragmatic Argument: Tithing is easy to understand, it is easy to do, and it is systematic. This is the only method of giving based upon Scripture.

(4) Argument from the Sabbath: Just as the Sabbath is still binding, so is tithing.

(5) Argument from Malachi 3: Since Malachi 3 declares that withholding tithes is equivalent to robbing God, Christians should tithe. One form of this argument relates the withholding of tithes to the commandment against stealing.

(7) Argument from Jesus’ Example: Since Jesus was never accused of failing to tithe, and since the Pharisees ate with him (demonstrating that he was not a law breaker on tithing), he must have tithed. Since Jesus tithed, so should we.

Next I'll provide a list of arguments that are much better ... though I still believe they fall short.

Do any of these arguments compel you to do the following? 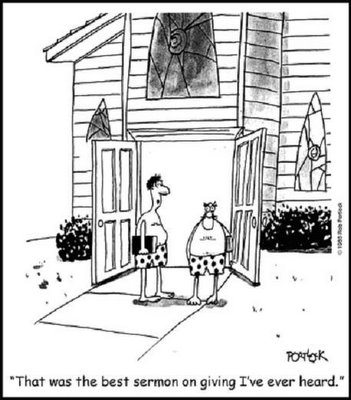 I have enjoyed reading these bite-sized posts. Out of our numerous discussions on this issue I have nothing to add accept: "well said."