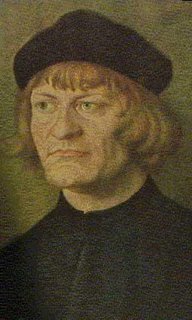 Huldreich Zwingli (1484–1531) entered the Reformation picture over the issue of tithing. He initially believed that while tithes were not of divine authority and that payment should not be obligatory, they should be made voluntarily. This was his view in 1519. Zwingli made strong statements against tithing in 1520 after reading Huss’ On the Church. At this point, Zwingli desired a recovery of the original purpose for tithing: a contribution to the church. After six churches in the countryside needed financial help from Zurich (June 1523), Zwingli moderated his tone and said that most forms of tithing were valid. (Zwingli’s changing opinion should be considered in the context of the law-gospel relationship, which was also in flux in his theology.) He believed at this point that although it was not a divine right, it was a human right. He did advocate a gradual process to regain the original Scriptural purpose for the tithe: “payment to support the poor and to pay the preacher.” Zwingli never recanted of his earlier statements. As problems arose in Zurich, the council sought Zwingli’s advice. He declared that the small tithe (the annoying tithing of garden produce) be set aside; however, he said the rest of the tithes are binding, not based upon “spiritual grounds, but on legal grounds.” Zwingli’s views changed throughout his ministry into a more accepting view of tithing and a more negative view of Anabaptists.